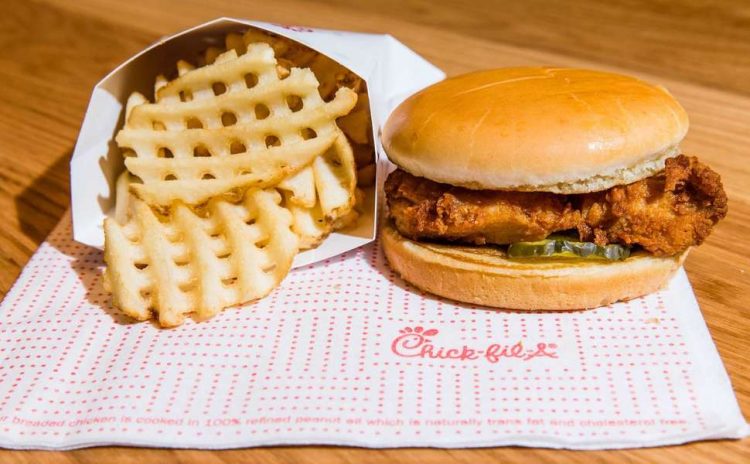 Casey Chalk, formerly of Bryan and the Jasons, but now a frequent contributor at The American Conservative, just gave the green light to Protestants regarding themselves as Christians:

God bless Chick-fil-A. Despite all the negative press over its unabashedly religious conservative identity, the fast food franchise in June climbed from the seventh-largest restaurant chain in the United States to the third. This meant blowing past Wendy’s, Burger King, Taco Bell, and Subway, and earning $10.46 billion in American store sales, up 17 percent for the year. That placed Chick-fil-A behind only McDonald’s ($38.52 billion in U.S. sales) and Starbucks ($20.49 billion). This is a most welcome development, given the growing tentacles of woke capitalism.

…It’s no secret that Chick-fil-A is influenced by conservative Christian beliefs. The company’s official statement of corporate purpose states that it exists “To glorify God by being a faithful steward of all that is entrusted to us. To have a positive influence on all who come in contact with Chick-fil-A.” Much to the chagrin of customers, the chain is also closed on Sundays, a decision made by devout Southern Baptist founder S. Truett Cathy. Corporate leadership was previously outspoken in its opposition to same-sex marriage, though, as its website declares, “the Chick-fil-A culture and service tradition in our Restaurants is to treat every person with honor, dignity and respect—regardless of their belief, race, creed, sexual orientation or gender.” The New Yorker last year ran a hit piece against the chain for standing by its conservative religious values.

That is a different tone than the one he took in his first post at Called to Communion:

I empathize with my many former Catholic brothers and sisters who found great spiritual benefit in evangelicalism since leaving the Catholic Church. However, evangelicalism presents a new series of intellectual and theological dilemmas that are not easily addressed, including the nature of the visible Church, and what reasons may justify severing oneself from the Church. I think Castaldo would agree that choosing a church is not like choosing one’s favorite ice cream – something formed simply by preference. If there is indeed a visible Church, and that Church is the Catholic Church, and if what that Church offers is Christ and what that Church teaches is scriptural, we must beware of abandoning it for any reason.

Chalk should be careful lest his endorsement of Chik-fil-A’s food and its founder’s faith encourage Protestants to think they can find Christ outside the Roman Catholic Church.