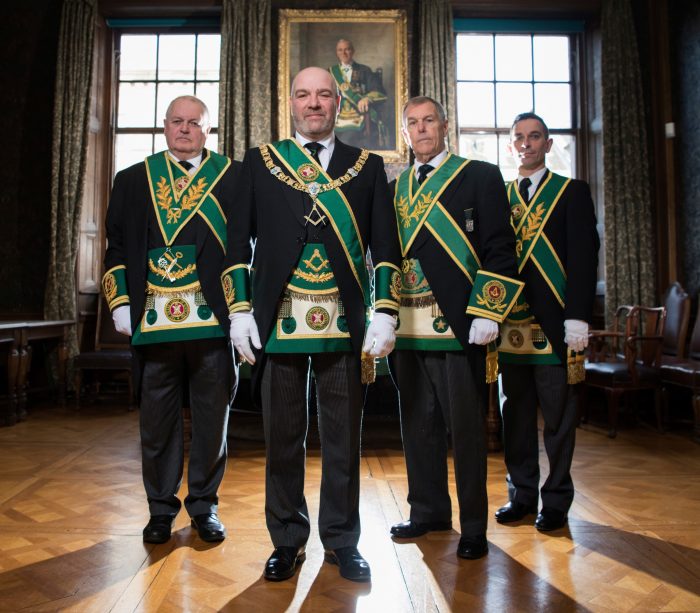 I was surprised to see the Gospel Coalition come out so forcefully against Free Masons, not that I’m a fan, just that the Allies are not known for being mean the way Orthodox Presbyterians are. But Joe Carter did write the following:

Christians involved in Freemasonry may justify their involvement by claiming that it’s a matter of conscience. While they may be correct, a naked appeal to conscience is insufficient to resolve the question. As we’ve repeatedly seen over the past decade, appealing to one’s conscience has become the primary way Christians in America justify their engagement in unbiblical behavior and alignment with anti-Christian associations. A better test would be for Christians who are Masons to ask themselves, Is my participation in Freemasonry bringing glory to God?

To answer that question in the affirmative would require, at a minimum, addressing the multitude of concerns that Christians have raised for centuries about Freemasonry.

Christians involved in Freemasonry should also ask why their rituals and practices are considered sacrosanct. Protestants have long maintained a position of Ecclesia semper reformanda est (Latin for “the church must always be reformed”)—that in order to maintain its purity, the church must always be willing to reconsider its belief and practice. Yet it’s rare to find a Christians in Masonic Lodges who forcefully advocate the jettisoning of any teachings and rituals of Freemasonry that are antithetical to the teachings of Jesus. They may claim, for example, that the “bloody oaths” they take are non-binding and shouldn’t be taken literally—and yet they will reject recommendations that such oaths be done away with.

This is a baffling inconsistency that hints at idolatry. If the pagan and occultic elements are not essential to Freemasonry, then Freemasons who follow Jesus should be advocating for their removal as a condition of their continued participation. But if those elements are essential—even if only as venerated tradition—then Christians should explain how they can, in good conscience, participate in such a system of religious practices and beliefs (1 Cor. 10:7).

When it comes to Critical Race Theory or Cultural Marxism or intersectionality, Carter is not so direct although even non-Christians argue intersectionality and CRT have religion-like qualities. Could Carter’s reluctance have to do with a prominent Gospel Allie being outspoken about systemic racism and social justice in ways Cultural Marxism Adjacent? If so, then this way of raising questions about critical theory makes sense:

The problem with intersectionality arises when it ceases to be an insight and becomes an ideology. As with many useful concepts, intersectionality can be used to promote the flourishing of the human community or can be used to create new forms of systematic sin. And over the past decade, the concept has frequently, as Sullivan noted, been used as a tool for building division not only between the “oppressors” (i.e., white males) and the oppressed (i.e., almost everyone else), but separation between groups deemed to be victims. . . .

As an analytic framework for identifying the effects of systemic sin, intersection theory may be of some use to Christians. But when it is used to justify the creation of ever more narrow and increasingly divisive identity groups, it becomes another secular worldview that Christians must reject.

While characteristics such as race and gender are not erased when a person becomes a member of God’s kingdom, our identity as Christians is rebuilt around Jesus. As the apostle Peter says, “you are a chosen race, a royal priesthood, a holy nation, a people for his own possession, that you may proclaim the excellencies of him who called you out of darkness into his marvelous light” (1 Pet. 2:9).

The lesson appears to be that political ideology is not as bad as false religion. Good to know that w-w doesn’t include ideology.