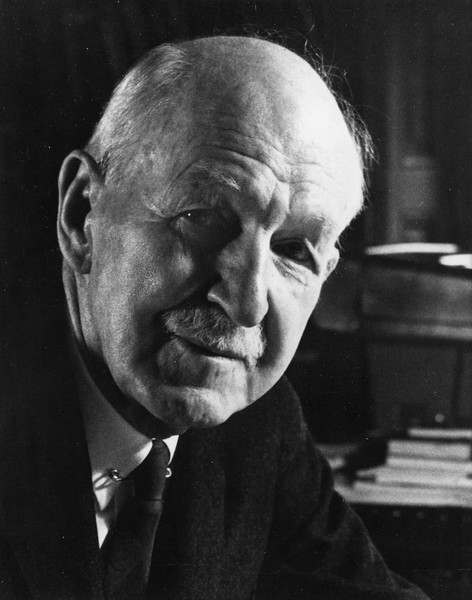 Aside from being Machen’s nemesis, Charles Erdman was the son of a premillenialist and holiness Presbyterian evangelist who had close ties to Dwight Moody and the Keswick Conference (which stressed holiness as the biblical norm for sancification). Charles was also one of the editors of the series of pamphlets that historians associate with the origins of the fundamentalist movement. The Fundamentals were published between 1910 and 1915 and promoted some of the emphases that became associated with the 1920s opponents of theological liberalism. From all appearances, Erdman had “conservative” credentials. For historians who know very little about Old School Presbyterianism or the Princeton Theology, the spat between Erdman and Machen made no sense and so must have been the product of personal differences (read Machen’s idiosyncrasies). Why Princeton hired a premillennial professor of practical theology is another question.

For the pamphlet series, Erdman drew the straw to write on “The Church and Socialism,” not what you’d expect from a PT prof or a premillennialist. Here is part of what Erdman wrote:

This protest of Socialism is a call to the Church to proclaim more insistently the social principles of Christ. This does not mean the adoption of a so-called “social gospel” which discards the fundamental doctrines of Christianity and substitutes a religion of good works; but a true Gospel of grace is inseparable from a Gospel of good works. . . .

This protest of Socialism demands of the Church a more consistent practice, on the part of her members, of the social teachings of Christ. It is easy to bring false charges against Christians; it is even customary today to hold the Church up to ridicule and scorn as a society of hypocrites untrue to their professions and their Lord. It is not necessary to even consider these accusations which spring from ignorance or prejudice or spite. The great masses of Christians are striving to be faithful and seeking to live well-pleasing to their Master. However, it is true that there are some in the Church who are consciously guilty of sins against society, and others who, because of the difficulty of the questions involved, excuse themselves on the ground that their wrong practices are necessitated by the industrial system of the age. Some are quite comfortable under w what they regard as orthodox preaching, even though they know their wealth has come from the watering of stocks and from wrecking railroads, and from grinding the faces of the poor. . . .

The protest of Socialism is a distinct call to the Church to define anew to herself her function, and to interpret anew the prophecies of her Lord.
There are many who, in the name of Christianity, have been promising a new social order, a kingdom of God, which they declare the Church will
introduce. The long continued failure to realize these promises has led to criticisms of the Church, and has done not a little to increase the bitterness of socialistic attacks upon her. The Church is now being held responsible for social sins and injustice, for the wrongs and grievances of the age; and for this unfortunate position she must largely blame herself. She has arrogated functions which are not her own; she has made promises for which there is no written word of Scripture. It should be remembered, for instance, that the state is quite as purely a divine institution as is the Church. It is for the state to secure social reconstruction when necessary; it is for the state to punish offenders, and to secure by legal enactments and legislative processes the abolition of abuses, and the establishment of justice. When the Church assumes functions belonging to the state, she involves herself in needless difficulties and places herself in a false position before the world. . . . but the real blessedness of the Church and of the world awaits the personal return of Christ. The hope of the world is not in a new social order instituted by unregenerate men; not a millennium made by man; not a commonwealth of humanity organized as a Socialistic state; but a kingdom established by Christ which will fill the earth with glory at the coming of the King.

That is an odd mix of progressive politics, spirituality of the church, and premillennialism.

That contrasts with what Machen wrote about socialism for the Christian Reformed Churches, The Banner, in an exchange about the Child Labor Amendment:

What, at bottom, is the difference between the ethics of socialism and the ethics of Christianity? In some ways the two look very much alike. Both are seeking to relive creature distress; and both require men of wealth, at least under certain circumstances, to give up their wealth and become poor. But the socialist seeks to accomplish that by force, and the Christian seeks to accomplish it by love. There lies the profound difference. The socialist says to the man who possesses this worlds’s goods: “We intend to compel you to distribute your wealth as we see fit: we should regard ourselves as degraded if we received it from you as a gift, but we intend to take it from you by force.” The Christian, on the other hand, says to the man of wealth, or rather to the man who has any amount, large or small, for this world’s good: “the Lord loveth a cheerful giver; will you not have compassion upon those less fortunate than yourself; and will you not take any possible sting of degradation from the receivers of such a gift by letting your gift be prompted truly by love?” I think there is a deep-seated conflict between these two views of life; I do not think that that conflict between them can permanently be concealed. (“Voices in the Church,” 391-92)