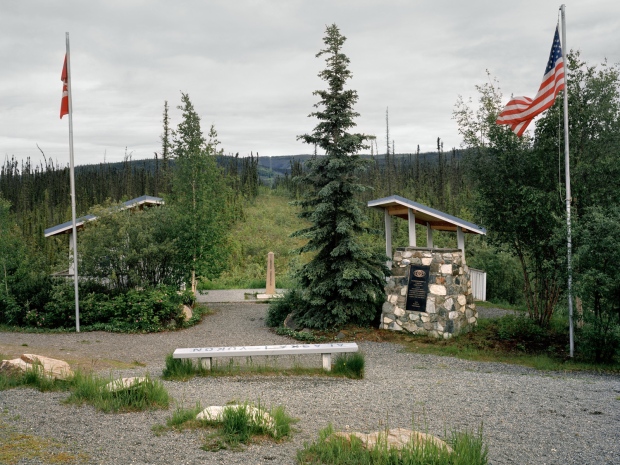 We don’t stand on guard for thee because we in the United States fear Mexico and its people more (think Trump).

I sometimes ask students to think what the United States would look like if we had not fought a war for independence from Great Britain. We would look like Canada, where a sign of national greatness is to be part of the United Nation’s Security Council. U.S. Americans (Canadians are American too) prone to revel in national greatness might sniff at such low aspirations. But Canada’s modesty as a nation should appeal to any real American conservative.

So does the way it appoints its Supreme Court justices — regionally rather than the political hot potato that U.S. Americans prefer:

The nine “supremes” are distributed geographically throughout the country. A limiting factor for appointments is the constitutional restriction that three must come from Quebec. Trudeau would like to appoint the first aboriginal justice, but is caught in the numbers game. The sole Atlantic Provinces justice has just retired, and Trudeau floated a trial balloon implying that it was not automatic that a justice from the region would be selected. The trial balloon turned to lead as Atlantic Province lawyers and politicians (and the region is a Liberal bastion) responded furiously. The idea seems to be set aside—for the moment. Also hiding in the wings is Trudeau’s intimation that new justices should be effective in both English and French upon appointment—a requirement that would highly restrict the pool of available legal talent.

For a peek at a country that U.S. Americans generally disregard, go here.

Since I’m on the road I am (all about meEEEE!) listening to more national public media than to sports talk radio. That means I have heard a lot about how the United States took three big steps forward this past week. The Confederate Flag is now a disgrace. Government health insurance survived and millions of Americans are on the way to better lives. And gay marriage is now legal everywhere in the United States. I wonder if those who think all this shows the United States is headed in the right direction know where this progressive road is going. A world free of prejudice and filled with equality and justice? Isn’t that kind of like heaven? Meanwhile, the most vociferous opponents think at least Friday’s decision about gay marriage proves the United States is on the road to hell (which of course it is and always has been since only the redeemed are on the road to heaven).

Meanwhile (as a different Dan) pointed out, Islamists yesterday pulled off three different attacks. The most gruesome may have been the assault in France that left a man beheaded.

I wonder how far the proponents of progress are willing to go. Do they really think that the folks who wave the Confederate Flag or those who worship in churches that won’t marry gays are as threatening to progress as Islamic terrorists? Or would they rather live with Crackers and Bible-Thumpers who may bark a lot but seldom bite? And when Jihad comes to the United States, are the married gay couples going to fight? Or might they need some help from their straight opponents?

Conversely, do the Christians who do cartwheels of terror over the news of militant Islam view gay activists as as threatening as married gay couples? Or might Christians not recognize certain shared civil assumptions among the proponents of gay marriage?

Either way, some Christian voices can be heard on NPR who are not shrill but defend the freedoms of Christians to follow their consciences.

The sky may be falling, but it’s only a drizzle in the United States.

From today’s majority opinion on same-sex marriage (thanks to our Michigan correspondent):

Finally, it must be emphasized that religions, and those who adhere to religious doctrines, may continue to advocate with utmost, sincere conviction that, by divine precepts, same-sex marriage should not be condoned. The First Amendment ensures that religious organizations and persons are given proper protection as they seek to teach the principles that are so fulfilling and so central to their lives and faiths, and to their own deep aspirations to continue the family structure they have long revered. The same is true of those who oppose same-sex marriage for other reasons. In turn, those who believe allowing samesex marriage is proper or indeed essential, whether as a matter of religious conviction or secular belief, may engage those who disagree with their view in an open and searching debate. The Constitution, however, does not permit the State to bar same-sex couples from marriage on the same terms as accorded to couples of the opposite sex. (Justice Kennedy)

So far, so good. 2K is potentially responsible for Protestant conversions to Rome, but not for this week’s Supreme Court decisions. Rabbi Bret and the Baylys have yet to charge 2K with the logic behind the Court’s rulings on immigration or Obamacare.

In fact — mirabile dictu — the Baylys themselves resort to 2k argumentation to explain why their blogging about politics is not the same as teaching God’s word:

One other matter: someone commented saying I should not waste or abuse my pastoral authority by writing about this Supreme Court ruling because it’s not a matter of the Gospel nor something all Christians living under Scripture must agree on. True. I never said or implied otherwise. There are many things on this blog that are a matter of faithfulness to Scripture. This SCOTUS decision is a political matter and the authority I cited was the U.S. Constitution. So if you disagree with me on this and think Chief Justice Roberts is not craven, but brilliant, God bless you. I hope all Baylyblog readers realize that there are many posts that are not sermons or Biblical exhortations, but thoughts “out of our minds.”

If this is not an instance of 2k, it is at least an argument for current health insurance arrangements because clearly the Baylys are back on their meds.