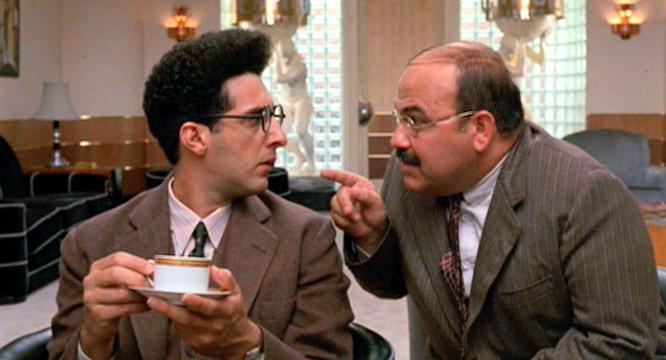 In my (all about mmmmmeeeeEEE) estimation, the Coen brothers worst movies were Intolerable Cruelty and The Ladykillers. I have seen each only once and the thought of re-viewing does not generate the pheromones that their other movies do. (Recently watched Hail, Caesar! and experienced much mirth.) I am not sure what happened on these movies, but I’ve always felt Intolerable Cruelty and The Ladykillers were the kind of productions the Hollywood system would yield if trying to be Coenesque. It’s like Hollywood trying to give that Coen Brothers’ feel (and remember what Hollywood did when it tried to bring to the screen that Barton Fink feeling.)

All of which is to say that when Justin Taylor praises cynicism (granted in the voice of Carl Trueman), you begin to wonder if The Gospel Coalition is trying to produce something not quite so pietistic.

And that is why church historians play such an important role and our cynicism is such a boon. Church history keeps things in perspective. Through reading the texts and studying the actions and events of the past we can truly say that we have seen it all before. Thus, whatever it is that the latest guru is suggesting, it definitely will not work as well as expected, probably will not work at all, and anyway it will be a hundred years or more before we can say whether it made a real difference or not.

Of course, cynicism is not the only thing a historian offers to the church, and cynicism by itself can be a vice and not a virtue. Neverthless, Trueman is right. We should listen to those who have a built-in skepticism about the latest hype because they know enough to have a proper perspective.

Seriously? Has anyone at TGC listened to any of the skepticism about the hype of celebrity pastors and the alliances they form?

It’s not history that teaches you to take the Allies of the gospel with a grain of salt, it’s doctrine of the church. Don’t do ministry without one.