Another way to supplement Chris Gordon’s post about the demise of confessionalism in the CRC and lessons for the PCA is to consider what happened to the OPC after the failure of union between the CRC and the OPC.

The merger that the OPC and CRC contemplated between 1956 and 1972 never took place but at roughly the same time that those negotiations died, the PCA was born and for the next twenty years became the chief player in ecclesiastical mergers-and-acquisitions. First the PCA acquired in 1982 the Reformed Presbyterian Church, Evangelical Synod (an earlier merger of revival-friendly Covenanters and dissident – read agreeable – Bible Presbyterians of the McIntire variety) and then the PCA almost in 1986 absorbed the OPC (a majority of Orthodox Presbyterians voted in favor but not by the two-thirds majority required for sending the plan to presbyteries for ratification). In the aftermath of that failed plan for Joining & Receiving, congregations in the OPC and PCA had the liberty to re-align if they chose. This was opening for a number of New Life churches (among them the Glenside congregation where Tim Keller learned the ways of New Life Presbyterianism) to join the PCA during the late 1980s.

Again, a piece of OPC history (self-promotion alert) that fills out Gordon’s observations:

In 1988 the effects of the OPC’s change of direction were still visible but not altogether clear. Again the church experienced a growth numerically, rising to 19,422 members but it also lost two more congregations to the PCA, one (New Life) in Philadelphia and one in Southern California. Only in 1989 did the OPC’s statistician start to notice these numerical changes as part of a “step backward.” That year was the peak of membership and congregational loss. The church’s total membership decreased by 3.5 percent to 18,689. [ed. no snickering] Meanwhile, five congregations transferred to the PCA, among them New Life in Escondido, California. This was the same year that the Assembly’s decisions about Bethel church took their toll. A majority of the Wheaton congregation (162 out of 301) left the OPC to form an independent congregation, which eventually affiliated with the Evangelical Presbyterian Church. In 1990 the “step backward” statistically lengthened. The OPC lost another 546 members and three congregations; among them New Life, Glenside, joined the PCA. Only by 1991 did the hemorrhaging stop and membership begin to rise again. In 1992 the OPC added 525 members and total membership increased to 18,767.

The movement of OPC congregations into the PCA was the occasion for a exchange between John M. Frame and Richard B. Gaffin, Jr. in New Horizons on realignment at the same time that statistics were revealing the consequences of congregational transfers. It was a telling exchange because it revealed an important aspect of Orthodox Presbyterianism that after the semi-centennial was beginning to reassert itself within the life of the communion and causing sufficient discomfort for others to look for another denominational home. That characteristic of Orthodox Presbyterianism was the Reformed doctrine of the church in which membership in particular communion was not a supplement to Christian identity but its embodiment. As Gaffin explained in this exchange, the OPC was not merely a denomination; “it is a church, a church that exists by divine warrant.” As such, he added, “Biblical presbyterianism has no place for loyalties torn between the denomination and the local congregation, or for greater loyalty to either one.” In contrast, Frame, who was then an associate pastor of the New Life congregation in Escondido that had realigned with the PCA, explained that the reason for transferring was to partner more effectively with other church planting efforts in southern California. Denominational affiliations for him were at best accidental, at worst sinful. Either way, he hoped that denominational “barriers” would become less important and that Orthodox Presbyterians would understand that transferring to the PCA was not a sign of disloyalty or contempt. The move was simply practical.

In other words, the consequences of Reformed ecumenism from the 1970s and 1980s were having consequences for all of the players — the CRC, OPC, and PCA. Where Presbyterians went, their forms of association, and their understand of the church were factors in the witness they embraced.

According to a pseudonymous author, 1978 was the year Reformed theology changed:

Reformed theology has changed. And there seems to be no going back. It was in the year 1978 that a tectonic shift in the underlying structure of Reformed theology began with the publication of a small book. The changes were not only systematic, but also systemic—affecting all aspects of it. Yet, interestingly, the changes were initially imperceptible until several years later.

Dr. Richard Gaffin, of Westminster Theological Seminary published his first book, The Centrality of the Resurrection, which would later be renamed and mass published under the title Resurrection and Redemption: A Study in Paul’s Soteriology. It was in this fine exegetical work that Dr. Gaffin unpacked the meaning of the Apostle Paul’s salvation vocabulary. Words like justification, sanctification, adoption, etc. would be understood differently in light his research. Dr. Gaffin was building upon historical Reformed theology as well as critiquing it. To do this he was deeply influenced by the work of various theologians across denominational distinctions, and in particular he was shaped by Reformed thinkers such as Herman Ridderbos and John Murray. But in the end, Dr. Gaffin would put together the exegetical conclusions in a way that had never been done before.

Most people are taught in Reformed churches and seminaries, to think linearly about salvation (e.g. Justification leads to Sanctification which leads to Glorification). A person is first justified (i.e. saved, forgiven) and then comes sanctification (i.e. growth, maturity), and then comes glorification (i.e. dying and rising from the dead at the resurrection). Other words may be added to this order of salvation (e.g. regeneration, adoption, etc.) but the historical way of looking at these words fits them in an unbreakable, linear, “golden” chain. This is called the ordo salutis (Latin term: “order of salvation”). It’s the Reformed way of explaining the application of salvation to a person from beginning to end. Once a person is justified, the other benefits follow in due course. If a person is “truly” justified, the rest will follow.

This is one reason why Reformed theology has always struggled to “fit” the sacraments into any meaningful place in its systematic theology. If the golden chain of salvation can’t break, then it’s difficult to see how baptism is really all that important or why the Lord’s Supper is necessary. While Reformed theology held to the Lord’s Supper as a “means of grace” it was rare to find a Reformed church practice weekly communion or place it on par with preaching. The sacraments were aids to faith–crutches if you will–but not really necessary in the life and practice of Reformed churches considering the logical consequences of the “golden chain.” If you focus on the linear progression of the ordo salutis, the unbreakable chain of salvation, starting with predestination and ending with glorification then, the sacraments have little need in such a theological system, logically and practically speaking.

But that isn’t where Dr. Gaffin wanted union to go:

But despite his attempts to ward off the conclusions, there were clear biblical arguments that couldn’t be avoided by many. Baptism engrafts into Jesus Christ. As Dr. Gaffin had originally said, “…if ‘washing’ on which ‘regeneration’ is directly dependent in Titus 3:5, refers to baptism, then what Romans 6:3ff…teaches concerning baptism as a sign and seal of incorporation with the resurrected Christ, and so the implications of that incorporation, will have to be brought to bear here.” The implications were clear to many: All the benefits of salvation are given in baptism because baptism engrafts into Christ. Soteriology didn’t simply have “implications” on ecclesiology; it is ecclesiology. To be baptized into the Christian church is to be baptized into Jesus Christ.

In which case, how revolutionary was the recovery of union with Christ? Did its advocates simply tinker with the ordo salutis or did they seek to apply union to ecclesiology, liturgy and the sacraments? From this seat, it looks like union had a narrow application, chiefly to a discussion of the application of redemption that comes up in questions 29 through 38 in the Shorter Catechism. For union to apply to questions 88 through 97, unionists would need the Federal Visionaries. 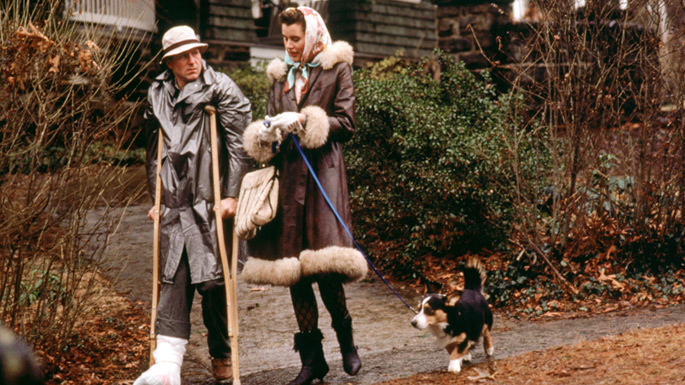 But who the hades is Jen Hatmaker?

I confess. I study religion in the United States and had never heard of this Hatmaker person until she made “mainstream” news by affirming the LBGT community.

This got me thinking once again about the networks, ecclesial affiliations, and sources of information available to American Christians. I wonder, for instance, how many members of NAPARC churches have heard of or follow Jen Hatmaker. Conversely, how many of Hatmaker’s followers and readers have ever heard of Dick Gaffin? What does it say about a group that they don’t know about the other group? And how might a group change if it knew about figures from the other? Would Jen Hatmaker’s readers leave her if they read Dick Gaffin on union with Christ? And if Orthodox Presbyterians read Jen Hatmaker, would they sing more worship songs accompanied by guitars?

We often hear in this age of the internet how the old gatekeepers (magazines and newspapers) have vanished and readers are left with Google searches to figure out what’s important. And yet, the case of Jen Hatmaker suggests a world of gates with keepers that don’t regularly come onto my reader. Apparently, Jonathan Merritt thought Hatmaker was sufficient newsworthy and he’s at one of the old gatekeepers, The Atlantic. Plus the editors at Christianity Today also know about Merritt and Hatmaker to feature the story in their updates. For some reason, they didn’t feature Old Life’s series on Nelson Kloosterman.

In which case, mainstreams, creeks, and banks still seem to exist. Every once in a while we receive a reminder that we are several ditches away from the creek that runs into the river.

On the other hand, does Jen Hatmaker know about Glenn Loury? Would she be less popular if she did? Perhaps, the evangelical mainstream is several miles away from conversations that are arguably more central to life in the U.S. than dipping into the Bible for tips about “relationships, work, stress, sexuality, and forgiveness.”

Sure, forgiveness is weighty. Not sure it should be paired with stress.